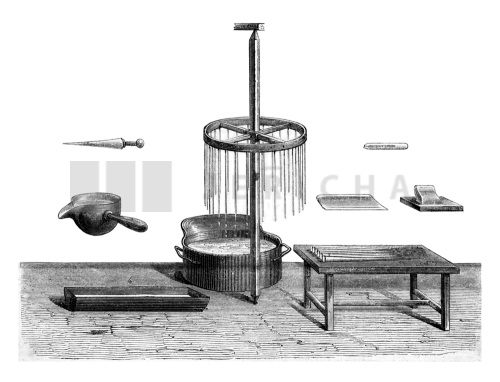 The history of candle making has a long tradition and in individual countries was developed independently.

Candle as a light source

Already in the period before our era people used to use candles as a light source. First in caves, then in public places, in churches and over the time it was a candle so available on the market that it had almost every household under its own roof.

Previously served as a necessary source of light, today it lit rather on festive occasions. The tradition of making candles is undoubtedly long enough.

In different countries developed independently and the content is also quite varied. The most used was beeswax, which formed not only the people of Egypt and ancient Rome. He was also popular whale blubber, from which were Chinese. India was known candles from the wax and cinnamon.

The advent of new materials

Candles are gradually produced from paraffin, palm wax, stearin and gel. In their manufacture began to use the perfumes, the colors and also create different shapes. Today you can have a candle in the shape of balls, pyramids or squares. Beautiful are also carved or steeped.

New materials have brought unlimited possibilities. Everyone can create an original candle according to your liking. Candles have become part of our homes, even if it is already as light we don't need. We can create a pleasant atmosphere whenever we want, not only in the advent period.